This was also published on The Mighty: Why Our Emotions are Like Seeds and How to Water Them 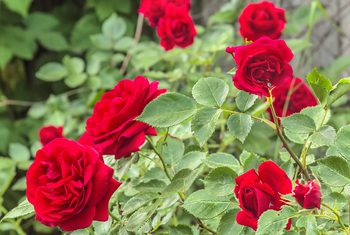 They can sit buried in our bellies, never seeing the light of day or having a chance to bloom.

Or they can grow like weeds, obscuring our airways and lines of sight, so we see nothing but a green haze.

I want my emotions to be like flowers: tended to and loved as beautiful but also pruned.

Ever since adolescence, I became quite emotionally stunted. I’m not sure why, but I don’t think that matters. It just is what it is. I became fearful of feeling any emotions we traditionally deem “negative,” such as anxiety, sadness, anger, or hurt. Because of this fear, I learned to bury emotions like a seed trapped under a sidewalk. There was no light, no water, no room for them to grow. I almost always had a flat affect, and this also meant I was not really able to feel much joy.

Through years of therapy (CBT, ERP, DBT, ACT, all the acronyms…) I’ve learned a great deal about myself and emotions. One of the biggest takeaways has been that emotions are not inherently dangerous. Gradually, I’ve begun to allow myself to feel emotions little by little. I think of it as watering the emotional seeds.

But I’m also intensely joyful. And that’s a key piece. Watering my emotions has allowed me to feel a greater depth of emotions. And I’m not saying that is comfortable. At times, it’s terribly uncomfortable and frustrating and overwhelming. But again, feelings are not inherently dangerous. The sooner you let yourself feel them, the sooner they pass. Like a perennial, they rise and fall in their time.

This is what I mean by pruning the flowers. Someone once explained it to me as we don’t try to control the emotions, but we keep the emotions from controlling us. We are in control of our responses to the emotions, and we get to choose how we act. I’m choosing to let myself feel feelings, no matter how strong they may be, to honor them, and then let them pass. I’m choosing to act skillfully and based on my values.

Today, I am watering my emotions by taking time to just sit with my seeds and take a survey of what’s there. What can I water today? What needs a little extra TLC?

P.S. Thank you to Kimberley Quinlan from CBT School for inspiring a lot of my language around emotions!