This was also published on The Mighty: What I’ve Learned About Measuring My OCD Recovery 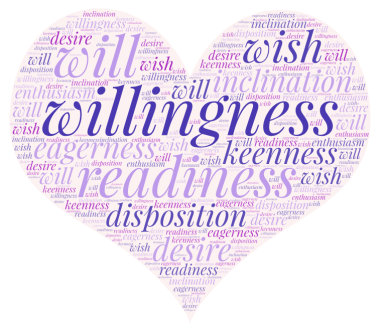 For individuals first starting treatment for OCD, there is often misunderstanding surrounding the end goal. It’s a common misconception that being in recovery means you have no intrusive thoughts and do no compulsions. Zero. Zip. Zilch. You live a stress-free life, and only think of sunshine and daisies.

I’m going to cut straight to the point: this is false. Everyone has occasional intrusive thoughts. Seriously, everyone; not just people with OCD. With OCD, the problem tends to be that we give these thoughts too much weight and do compulsions to try to make them go away, leading to having even more intrusive thoughts.

So, if everyone has intrusive thoughts, it seems likely that even people in recovery from OCD have intrusive thoughts too, right? Right! I still experience the pings and zaps of my brain sending me the weirdest, more disturbing ideas it can come up with. And sometimes, these thoughts lead to doing rituals.

What does recovery from OCD mean then? I’ve written before that, for me, I define it as still having intrusive thoughts, but having the tools through exposure and response prevention (ERP) therapy to respond to them differently. In turn, I do less compulsions, and the intrusive thoughts do come less often.

However, I had a bit of an epiphany the other day when listening to the therapist Kimberley Quinlan (@CBTschool) talk about doing exposures with her clients. It’s typical to be asked for a subjective unit of distress (SUD’s) rating from 0-10 (or 0-100) before, during, and after an exposure. The purpose is to track the rise and fall of our anxiety as we are experiencing it.

Another common question though to ask before an exposure is our willingness to do the exposure from 0-10. The purpose of this is to help decide which exposures to do, from what level of difficulty on the hierarchy, and when. There’s no point in doing an exposure if you aren’t sufficiently willing to sit with the anxiety. I was taught that when choosing an exposure, ideally, our willingness rating will be higher than our initial SUDS rating. During treatment, we mostly chose exposures were my initial SUDS was around a 3-5, but my willingness was around a 6-8.

I liked that Kimberley reminded me of this willingness piece. She mentioned that the willingness score is much more important than the SUDS score. Discomfort can be painful, but the amount is also irrelevant as long as you are willing to ride it out.

Now that I’m pretty deep into what I would call my recovery from OCD, when an intrusive thought pops into my head, I almost automatically go the exposure route rather than the ritual route. I have slip-ups, but as soon as I catch myself I will return to exposure. There are a lot of contributing factors to this success: evidence-based treatment, knowledgeable therapists, and lots of practice to build habit. But I think the biggest piece comes back to willingness. My willingness to do exposures now is almost always 10/10. I think that high willingness is a more accurate and productive way of measuring recovery than counting intrusive thoughts.

Obviously, it takes time to get this comfortable with discomfort and to be so willing to feel it, but that is what has made the difference. It’s not the amount of intrusive thoughts I have, but my willingness to feel all the feelings they bring.