Sappy post ahead, but today is a big day.

Two years ago, I was discharged from the hospital for suicidal ideation for the fourth and (hopefully) the last time. I had just been in the hospital for a week, then spent less than twelve hours at home, came very close to attempting suicide, was sent back to the ER by friends, spent twenty-two hours in the ER (op-ed about this), and then was admitted to another hospital for a week. It was the end of a chaotic, and frankly hellish, two weeks.

Recovery didn’t happen overnight from that hospitalization, but it was an identifiable step in my journey. It was when I felt heard by doctors. It was when I let myself actually cry and feel for the first time in months. And it was when I agreed with myself to take suicide off the table, for at least a year. Then I could reconsider. But I never needed to because by then I was on the right meds, therapy was working, and I was feeling so much better.

Maybe it’s emotional and cheesy and sappy, but I’m really proud of myself.

To celebrate, I put together a gift of love to myself. It’s almost my birthday, and this is kind of like a birthday in a way. Each item has a connection (sometimes funny) to where I’ve been and where I am now. 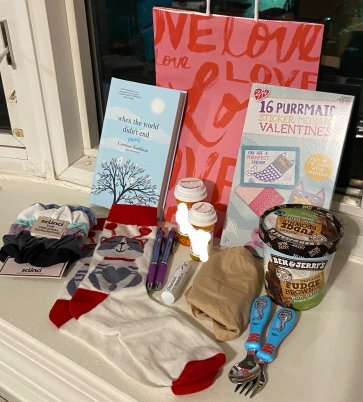 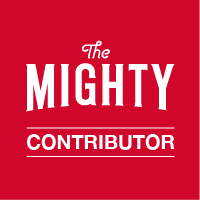