How does OCD affects me today

I’m very open about having OCD, so it’s no surprise that sometimes people are curious to know more. And I’m happy to explain more; one of my main goals is educating the word about what OCD really means. By far, the most common question I’m asked after someone learns I have OCD is: “How does it affect you today?”

I realized I don’t really have a good answer, besides that “it barely affects me any more.” And that’s true. I went from OCD taking up literally hours of each day to only a few minutes a day. But like all people in recovery from OCD, I will never be “cured.” I still get intrusive thoughts. And occassionally, I still give in to compulsions. 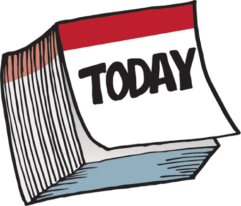 Since I’m known for writing instead of answering verbally, I figured it might be best to just turn my answer into a blog post! Here is how OCD affects me today, in Februrary of 2020.

Some of these behaviors may sound typical, and in many ways they are at typical levels for me now. That doesn’t mean everyone has “a little OCD.” It means that diagnosable, clinical OCD is an expansion of typical anxieties and thoughts. Remember, to be diagnosed with OCD, these thoughts and behaviors must take up at least an hour of your day, and I’ve never met someone with untreated OCD who only lost an hour a day. It was always several, if not the whole day.

So, that’s how OCD affects me today! As always, I’m happy to answer questions.

(If you’re wondering how OCD used to affect me, I have a 3.5 page single spaced Word document where I wrote down behaviors as I relized they were OCD around the time of being first diagnosed. It’s a lot, so that’s for another blog post.)

What Recovery from OCD Means to Me